It’s Only Just a Dream….how many of us have heard this seemingly harmless phrase after sharing a dream with someone at some point in our li 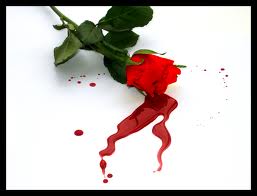 ves?  I have heard stories from others who tell of their “Just a Dream” experiences, often in childhood, and what followed was a lack of respect for the dreamer and the dream, leaving a scar and broken trust. But what you will see in my story is a tale of caution, where labeling a dream as “Just a Dream” could spell the difference between life and death.

Back in the mid 80’s I worked for a Commercial Real Estate Developer in Downtown Dallas, Texas during the Savings & Loan Crisis, which caused many companies to go bankrupt. The company I worked for was no exception, and so I also became a casualty of the economic crisis and suddenly found myself out of a job. I was young with limited work experience and found it difficult to find work. The only job I could find was to work as a rose girl trolling through bars in the evenings selling roses to amorous couples, or some guy hoping to get lucky with that pretty girl.

One night before I was scheduled to work as a “rose girl”, I had an unusual dream that changed my life. 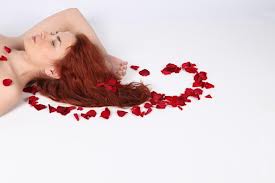 I see myself dressed in my rose girl uniform in a red jacket, black shorts and fishnet nose, and I am walking around Belle Star, a popular country and western bar, carrying my rose basket. I walk slowly around the bar and it is crowded. I make my rounds through the place and head back towards the front, as I do a man bursts through the door and begins shooting. I see myself hold my neck with one hand as I fall to the ground in slow motion and the roses spilling out everywhere. I have been shot in the neck, and am lying dead on the floor surrounded by a pool of blood with roses spread all around me. EOD.

I awake from this dream terrified, my body is shaking and I know I have just seen my own death. I shared the dream, fearing for my life, with my now ex-husband, who tells me frankly, “Oh it is just a dream,……..you have to go to work we need the money.” I was almost persuaded by his goading and pressure that I needed to go to work, but I was still very afraid, and so I called into work to tell them I was sick and would not be coming in. They were very upset with me, and told me they had given me the very best route of clubs to work that night and I would make alot of money. They told me what clubs they had scheduled me to work and at what time, and Belle Star was one of the clubs on that list. They also told me if I didn’t come to work and called in sick they would have to fire me. I didn’t want to lose my job and so I somehow mustered the courage to get myself dressed for work and drove in that direction. While driving down the highway, I saw a really bad car accident that had just happened. The car was totaled and I could somehow sense that someone had died in that car wreck. My hands began to shake on the steering wheel, and I began to feel the same sensation I experienced in the dream about seeing my own death. I could not physically force myself to drive to work after that, I was too shaken by the whole experience, and my body knew the real danger I was heading toward. I turned around and drove home instead.

My then husband at the time, was very angry with me, and yelled at me for being irresponsible by not going to work. My employer was not pleased with me either and fired me for not showing up for my shift. I was feeling pretty low about the whole situation. The next day however, on the front page of the newspaper, was a story about a man who had gone into a popular country western bar called Belle Starr and began shooting, and two people were shot. http://www.chron.com/CDA/archives/archive.mpl/1987_443477/man-dressed-in-black-shoots-2-in-dallas-club.html

I was astounded, that could have been me! I felt I had been touched by grace somehow, and that for some reason I was given information in a dream which saved my life. Clearly there was more to dreaming than I had previously been lead to believe. Never again would I look at any dream as “just a dream”.

My life changed after that day and I made a determination to honor my dreams from that day forward. I began to look more deeply into the messages my dreams had for me, and I started writing my dreams down in journals.  I soon realized by keeping a dream journal, that many dreams I recorded had content which connected to events in waking life. They were not as dramatic as the rose girl dream, but just normal everyday occurrences would also appear in my dreams. I discovered that deja vu experiences I had often had, were a result of having dreamt it before, rather than lived it before.  I determined that dreams are a place where we can create our life and often give us glimpses of what may come.  I also began to have out of body experiences, and once found myself hovering above my body connected to my physical body by a luminous cord of fuchsia colored light which lit up the entire room in that hue. I felt the strong loving energy of the light which enveloped the room, and was confused about why I was looking at my physical body asleep in bed as I was hovering above. I wondered how this could happen, and suddenly found myself slammed back into my body and abruptly woke up. I was having what is known as an “out of body experience”, but at the time I was unfamiliar with this, and so I began to explore lucid dreaming and astral travel.  I learned that I was not confined to my physical body but could travel in my night time excursions beyond the physical.

These experiences were a turning point in my life, which set me on an exploration of consciousness, dreaming and shamanism. I have recorded my dreams now for over 25 years and studied many aspects and approaches to dreaming. The approach that I value most is Active Dreaming, a synthesis of modern day dream work with ancient shamanic dream practices.  Active Dreaming was developed through the pioneering work of  Robert Moss and it is through his dream teacher training and depth workshops over the years that I have joined the ranks of dream teachers around the world who are helping to create a dream sharing community once again. I offer classes and workshops on Active Dreaming where we explore the many ways dreams provide guidance and healing as we travel our life path and beyond.  Dreams have the ability to lead us out of danger and onto a path of heart and soul. All we have to do to start on this path is dream, and share our dreams in a way that offers respect for the dreamer and the dream. The lightning method of dream sharing is an excellent way to share dreams in a way begins with the felt sense of the dreamer upon waking, followed by a reality check,  for clues of a possible future which may play out in our dreams. The process asks “What do you most want to know from the dream” as an important touch stone to work from and then moves to “What action do you want to take?” This process is a quick method of dream sharing that points to the important aspects to work from when discovering your dreams. Dreaming the future does not mean your waking life must play out the same way. My story exemplifies how it is possible to change the outcome of a dream, if appropriate action is taken. Conversely, if a dream is showing us our heart’s desire, we have only to gather our courage and act.

One thought on “It’s Only Just a Dream”