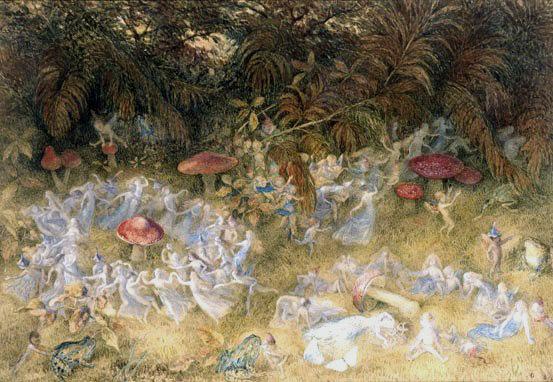 In my dreaming last night on the Eve of Beltane, I found myself entering into the magical faery realms. I was given a magical silver coin which was bejeweled on top and inside was a tasty treat like blackberry jam, so I took a bite of the silver coin and savored the tasty treasure with a sweetness and flavor I had never known before.

I arrived at an ancient tree where I was looking inside it’s hollow trunk. I found myself peering into a tiny world, where a community of faery folk were living.  One lived in an acorn inside the tree. He was complaining that it was not a big enough space for him to bring a girlfriend there. He then suddenly joined me as part of my larger world and became the same size as me. (Or was I inside his space?) Things get smaller or bigger here very fast! He took me around and introduced me to his many faery friends, even his girlfriend, who had dark wispy short hair and big dark eyes that held wisdom, independence, and mischief. We then gathered together with a few others and began to dance in a faery ring, going faster and faster and faster! I was afraid I could not keep up with the speed of our dance, but was surprised to find I had no problem keeping time with my faery friends. It is said through folk story and lore, dancing in a faery ring on Beltane can be dangerous.  Warnings are given not to trip into a faery ring during this sacred turning of the wheel.  The Faery Ring dance is described as a dangerous dance moving round and round and round so fast, that one cannot keep up and then become trapped there for ever. I find in my experience however, to be taken only higher to another level, where a parade of faery musicians arrive, playing instruments the likes of which I have never seen. These fantastic instruments are made from wood and fashioned into harps and horns. The sound waves coming through them were beyond music, they create waves upon waves, ready to carry us through interdimensional space. Finally, more people continue to arrive at this celebration of Beltane and now they are handing out chocolate. Perhaps it is time for me return, to taste the familiar and follow my yearnings homeward beyond the realm of faery, where everything is fantastic and beyond my imaginings. This magical realm of faery also feels like home, my ancestral home. I can live in both places. I am blessed. 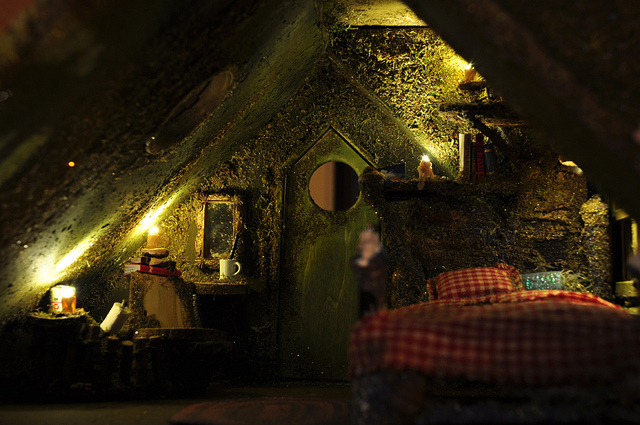 One thought on “Dance of the Faery Ring on Beltane Eve”