The Dark Moon, Dark Dreams group which met on the New Moon, July 11th, was a lively group which gathered on the shores of White Rock lake in Dallas, Texas.  The evening began as I unloaded my car in preparation for the group to meet, when two boys of about 11 or 12 began jumping around the area where I intended to set up.  The boys were jumping over the area where I had begun creating the altar, and I gently let them know they would have to take their games elsewhere.  They said, “Yes Ma’am” and politely left, only to return moments later with several other friends who gathered around and sat on the edge of a wall watching me continue to build the altar.

I proceeded to introduce myself to each of them shaking their hands and began asking them about their favorite kind of dream.  One boy smiled and said “I like dreams where I have super powers!” I agreed, saying “Those are my favorite dreams too!” I then asked, “What is your favorite super power?”  to which he responded,  “I like flying dreams!” Everyone agreed as we continued around in our game of dream sharing.  I invited the boys to stay for the remainder of our group but they were about to leave in a few minutes.  I invited to them join us for our next group on the Full Moon if they would like to learn how to do all kinds of amazing things in their dreams.  Perhaps I will see them again at our circle, or possibly traversing the dreamscape!

Our scheduled group began to arrive and once the ethics for dreamsharing were discussed we could  create a safe space for sharing by prefacing any feedback with “if this were my dream”.  This gives both the dreamer and the dream the proper listening and response, rather than any one person becoming the expert on any one else’s dream.  The dreams shared by group members brought a deep discussion about the subject of healing dreams and dreaming with the departed.  It was the perfect preface to the planned shared group dream excursion to do a conscious dream journey for the purpose of healing the oceans in response to the ongoing oil spill in the Gulf of Mexico. The discussion with the energetic group of young boys about dreaming super powers also seemed a fitting preface to the dream excursion we were about to embark on together!

I explained to the group the intention for our conscious dream journey aided by the sound of the drum, and gave the conditions for returning once the journey was concluded.  I told a story of a recent visit to an artist’s studio who was creating a large beautiful painting of a mother Manatee and her baby. As I watched her work on the painting in her studio, I told her that I often dream of Manatees and how worried I am about their welfare being in the midst of the oil spill in the Gulf.  My new artist friend told me that was why she was painting the Manatees because she was worried about their safety, and also because her husband was there in the Gulf helping to clean up the oil spill.  She pleaded with me to send positive vibrations and mediations of healing for the creatures in the ocean. I told her I had recently incubated a dream intention to find a way to solve the oil leak in the Gulf.  I dreamt of being taken deep down into the bottom of the Ocean by a blue whale where I was dropped off to stand on a cluster of huge quartz crystals from whence the sound of beautiful celestial sounding music began to emanate.  I believe the Whale was showing me the solution seemed to lie in sending out a powerful vibration of healing for the ocean and its creatures.  It was from this dream experience that I asked the circle of moon dreamers to embark on a conscious dream journey for the purpose of healing the ocean and stopping the oil leak in the Gulf of Mexico. 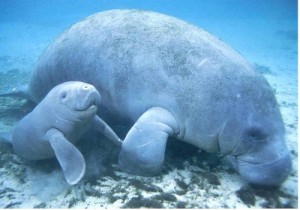 The dreamers each brought back powerful experiences of connecting with power animals and ocean creatures who guided them in healing the ocean. One woman worked with the elements in her dream to bring about healing through the forces of nature with a tornado which caused a whirlpool causing the centrifugal force to move the oil downward back into the earth. Another dreamer also worked with the ocean but was aware of healing needed all around the world and worked on sending out energy through the earth energy grid with the assistance of 4 different power animals from each direction to bring healing to the areas most in need.  Another dreamer brought through a powerful diamond energy through her crown and heart chakras sending out healing energy to the ocean.  She also spoke of hearing a powerful sound during the dream excursion and wanted to send out the sound she heard but was concerned of disturbing the other dreamers.  A group member suggested we end the group with the call of our collective voices to honor the call heard by her fellow dreamer. We all turned and sent out loudly our collective inner voice which wanted to be sent.  In response, a group of geese nearby who had gathered at the lake shore sent out their loud calls to us. A fitting conclusion to this lively circle of dreamers.  The headline news today of the Deep Water Horizon Oil leakage  being temporarily stopped and capped on July 14th, brings a wonderful affirmation for the efforts of this circle of conscious dreamers.   If you would like to participate in growing a dream community join us by the lake on the full moon Sunday, July 25th for the next gathering of Moon Beams and Moon Dreams at the Stone Circle at White Rock Lake.

Valley Reed is a certified dream teacher and leads dream groups and classes for both young people and adults on Dreaming at  Chrysalis Healing Arts in Dallas, Texas. For class descriptions and workshop registration information visit www.chrysalishealingarts.org